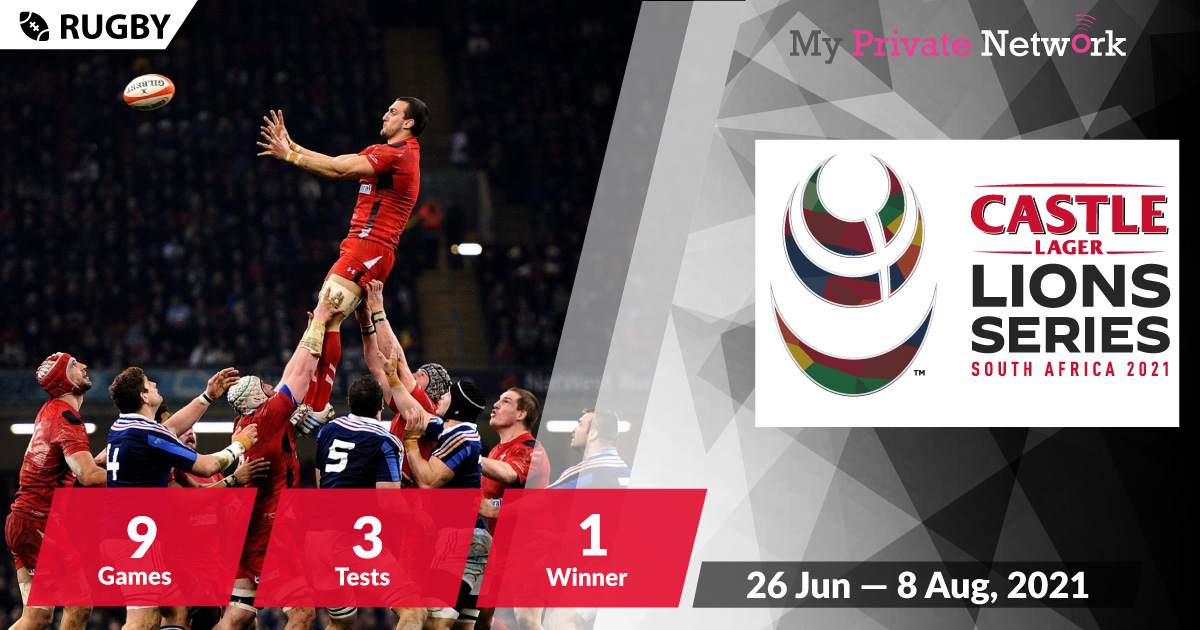 Update: 2 August 2021, Monday
The Boks showed their world champion credentials on Saturday, put all the off-field shenanigans aside, they were the deserved victors and the Lions barely got a look in after the half time break.

Not that it was pretty, mind you. The first half dragged on for 63 minutes and it asked some serious questions of the current rule book and whether anything should be changed to prevent extended TMO consultations. I think we have Rassie to thank for the referee’s indecision, but honestly, for a Lions test in South Africa, surely the RFU should have chosen a referee with a bit more spine.

It is now all to play for as we head in to the last test. The Lions could well be without Kyle Sinkler, after he has been cited for biting, I mean, FFS biting, it’s pathetic. The Boks could also be down a few key players, with question marks over some of their finest, including Pieter-Steph du Toit, but they will be bouyed by the return of Duane Vermeulen and of course, their talismanic water carrier!

Update: 26 July 2021, Monday
No idea what happened to South Africa in the second half, but no complaints, well, not many! Rest assured the Boks will learn from this and will surely put up more of a challenge this Saturday.

Who Gats will pick for the second test is anyone’s guess, but I don’t expect him to change too much. Josh Adams will no doubt feel hard done by to not get a run out and what about Bundee Aki possibly coming in for Eliot Daly.

After last week’s leak, we’re not sure when the team will be announced, but Gats has said it’ll be released to the press at the same time as the players, so Tueday evening or Wednesday morning is our best guess. Either way, bring it on!

Update: 19 July 2021, Monday
Well that’s the five warm up games done with, a strong showing by South Africa ‘A’, but let’s face it, that wasn’t far removed from the Boks first team. Other than that, no real surprises.

You’d have to back the Lions’ fitness against a Sprinboks that haven’t had much game time of late, but other than that, it is all to play for and if the Boks are a little rusty getting into the first test, remember there are three to play and you can bet they’ll make up for it in the latter games.

Update: 5 July 2021, Monday A solid first game in South Africa, saw the tourists see off the locals 56 to 14, albeit against a provincial side. Four tries from Josh Adams and one a piece from Louis Rees-Zammit, Ali Price, Hamish Watson and Gareth Davis against two from the home team, giving the British Lions a convincing if somewhat expected start to the tour.

Next up, a midweek game on Wednesday evening (18:00 BST) against the Cell C Sharks.

Update: 28 June 2021, Monday So the 2021 Lions Tour is finally upon us, strange times indeed, whilst it was nice to see some rugby on Saturday, Japan was never really going to be a challenge, and having shipped 10 points to them and lost a couple of key players, the outing raised more questions than it answered.

We’ve had to say goodbye to Alun Wyn Jones and Justin Tipuric and sadly we’re unlikely to see them in a Lions jersey again. Still, where one door closes, another opens and the enforced reshuffle see Conor Murray take on the captaincy and call ups for Adam Beard and Josh Navidi. By far the biggest upset of the weekend was the bar at Murrayfield closing before halftime, but that’s a Lions tour for you!

There is further covid related upset and uncertainty on the ground in South Africa as cases continue to increase, which may impact on some of the venues, we’ve also heard that at least 3 of the Springboks are in isolation following a positive test result.

And we’re off, the Lions tour is underway with Warren at the helm once again! Who know’s how this is going to play out, there is masses of Covid uncertainty, the situation in South Africa is a challenge at the best of times, but throw Covid into the mix and it all becomes much more complicated.

Sky has once again picked up the TV rights, so there aren’t any free to air options available to you. Naturally, we would never suggest using something live vipleague.cc, but if you were to use this service, use a private (incognito) browser session and close it all down afterwards 😉

The British and Irish Lions are a composite team selected from players who are eligible to represent the national teams of England, Ireland, Scotland or Wales. Starting from 26 June, 2021 to 7 August, 2021, they will play 9 matches including three test matches against South Africa’s Springboks. The last time the Lions triumphed against the Boks was the magnificent victory in 1997, well worth a revisit on YouTube if you have the time!

Sky Sports and Sky-owned NowTV will be showing the entire Lions Tour to all U.K residents. However, if you’re not currently in the U.K. then you’ll need to connect to our VPN first before attempting to stream.

Note: Sky Sports and NowTV requires a paid subscription with them to unlock their content.

2) Install a VPN on any device that you’ll be using to watch the 2021 Lions Tour.

Stream the 2021 Lions Tour on Sky Sports from outside of the U.K.

Stream the 2021 Lions Tour on NowTV from outside of the U.K.

We hope you found this article informative or useful. Do share it with your friends and family that wants to watch the Lions Tour too!